COVID-19: OTT Legal is OPEN for telephone & email during the Court closure. Please Call or send us an email.

You’ve Been Accused of a Fail to Remain Accident – Now What Do You Do?

Legal Defence for Hit & Run and Fail to Remain Accidents

Important Information about Fail to Remain

In a hit and run investigation the police must prove:

The police need to know the who, what, when, where and how the accident happened.

Making Statements to the Police

In a hit and run accident, the officer will invite the driver to tell them what happened.

The police use the ploy that they are “just trying to figure out what happened and to help the driver”.

The police will even “read a caution” to the driver that anything they say, can and will be used against them in court.

The statement will prove who the driver was in the accident to the Judge.

When you’re involved in an accident you are suppose to:

Sometimes when an accident has occurred, whether intentionally or not, what was suppose to happen, doesn’t.

Once the police have contacted you about an accident you should seek legal advice as the implications can be serious.

Penalty for Fail to Remain

Under the Highway Traffic Act

Under the Criminal Code of Canada

Where a driver reports a fail to remain accident the police may respond to it different ways:

Where a fail to remain accident has occurred the police may immediately follow up, or where the report is sent to a detective, it may take time for the officer to investigate the matter and contact you.

I received a letter from the Toronto Police telling me to come and speak to them about a hit and run accident. I remembered bumping someone in a parking lot two month previous but I didn’t notice any damage.

I spoke to OTT Legal and they said they would handle everything and they would speak to the police for me. A couple of weeks later OTT called me and told me that they had dealt with the police and the investigation had been dropped with no charges laid.

What a relief!, Thanks to OTT my driving and insurance record is clear and I didn’t have to do a thing. Janice Ramnarine Toronto.

Letters from Police about an Accident

Where an accident happens, and one of the drivers leaves the scene, the other driver or witness may have recorded the licence plate of the vehicle that left and reported it to the police.

The police then investigate the incident.  The investigating officer then sends the report a Hit and Run Squad Detective.

The detective may call or send a letter requesting the owner of the suspect vehicle to attend at the police station to give a statement regarding the accident.

The police may demand, pressure or coerce the owner to speak to the officer, but our advice is to seek legal counsel first.

Where the driver or owner attends or does speak to the police, the police will try to get them to, “admit to being involved in the accident”.

Drivers who are accused of “Hit and Run” accidents fall into two different categories under Canadian Law.

Depending upon the situation, the police can charge the driver under:

Being charged with either offence is a serious matter which can affect your right to drive, livelihood and you could even face jail time. Contact us for legal advice and representation today.

Definition of Fail to Remain

Where an accident occurs on a highway, every person in charge of a vehicle or street car that is directly or indirectly involved in the accident shall,

Every person commits an offence who has the care, charge or control of a vehicle, vessel or aircraft that is involved in an accident with,

Law about Remaining at an Accident

Drivers who are involved in a motor vehicle accident in Ontario are required by the Highway Traffic Act of Ontario to do four things:

What the law means is that, when involved in an accident, the all drivers must:

Where you have been contacted by the police regarding an accident, contact our offices and get legal advice before making any statements to the police.

It was a very minor accident but it turned out there was a lot of damage.  OTT took care of everything, represented me at court and had the charge dropped.  I didn’t have to appear which I was grateful for.  Very professional people with great results, thanks again! 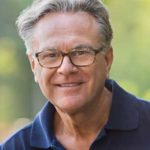 Where a driver has been charged with Fail to Remain they need to be properly represented in court.

As your legal representative OTT Legal knows how to defend you in a fail to remain charge.

Trials in traffic and criminal court are won not just on the facts but on legal technicalities and rules of evidence.

Going to court and explaining why you left the accident scene will not get the charge dropped.

Regardless of the reason why the driver left, an explanation is not usually considered a defence to the charge.

Explanations are something that “may” get the charge reduced but the court will not cancel the charge or the mandatory penalties.

The police contacted me about an accident where a small street sign was knocked down, right away I contacted OTT and got legal advice, the police did charge me but when the case came to court OTT Legal had all the charges dropped and kept my record clear. Great Service, will use again, Thanks David Newman, Milton

Trials for Fail to Remain

During a trial the police and prosecution are required to prove beyond a reasonable doubt:

For these issues and many others drivers need to be properly represented in court.

If the driver represents themselves they risk convicting themselves by:

Accused persons who represent themselves risk being convicted due to court inexperience and lack of understanding of the court system.

When faced with this serious charge call for legal advice and representation.

The police contacted me about an accident where a small street sign was knocked down, right away I contacted OTT and got legal advice, the police did charge me but when the case came to court OTT Legal had all the charges dropped and kept my record clear. Great Service, will use again, Thanks David Newman, Milton

If you’re being accused of a fail to remain accident don’t face the police or court system alone.

As licensed paralegals and former police officers we have years of helping drivers in Ontario with charges like fail to remain at the scene of an accident.

When the police are investigating a fail to remain accident after locating the vehicle they’re going to want to speak or learn who was driving the vehicle.

As with any traffic ticket or criminal offence a driver who is accused of an offence in Canada is not obligated to make a statement to the police that may incriminate themselves.

Many times the police may call or send a letter asking the driver to come to the police station to make an incriminating statement.  When you retain the services of OTT Legal we will represent and give you guidance regarding dealing with the police so that your rights are protected.

Where a driver does not have legal representation and represents themselves to the police they put themselves at a disadvantage, incriminate themselves and may even be tricked or mislead by the police.

Many drivers feel that if they just go in and be honest and forthright with the police that the officer will just give them a warning, but this is rarely true.

If you have been contacted by the police contact the OTT office in your area to learn how we can help and represent you with the serious charge. Usually OTT can appear and/or speak to the police and at court for you.

Send Us an Email